Modern Use of Eponyms

I'm a bit sad that eponyms—terms that include a proper name—are going out of style in the world of human sciences, it seems.

The international lists of anatomic terminology recommend against most eponyms, providing descriptive terms in their place.  For example, pancreatic islet is the term  preferred to the eponym islet of Langerhans.  Osteon is preferred over haversian system.

Of course, I get that.  Descriptive terms are more intuitive and therefore easier to understand, learn, and remember. Related to that is that they are more accurate when it comes to medical applications.  And I'm all about accuracy in the medical professions.

It's just kind of fun using eponyms.  And kind of sad to feel like I am leaving behind all those wonderful women and men who discovered our parts way back when.

But it's not just the international lists of anatomy that are leaving eponyms behind—all the "authorities," including most medical textbooks are doing it. Professional societies, associations, and boards in the basic sciences and the health professions are doing it.  So if we want to be "in style" with our terminology—and more importantly, make sure our students are sporting the latest linguistic style—we'd better pay attention to the trends, eh?

Let me give you some unasked-for fashion tips if you want to be stylish in your use of professional terminology:

If there's an accepted descriptive term, it's best to use that rather than the eponym.

Some folks you'll encounter are old-fashioned or possibly don't know the newer descriptive term.  Or they know both and use them interchangeably.  Because we're on the cusp of a fashion revolution here, the most competent professionals will know both and be able to switch back and forth easily as the context requires. The goal is to understand and be understood, right?

What to do if you have to use an eponym

Then use an eponym! There are some commonly used terms for which there really isn't a great descriptive term to replace an eponym.  For example, Parkinson disease, Alzheimer disease, and other disorders often don't have a widely accepted alternative. So absolute avoidance of eponyms is not (yet) possible.

If you must use an eponym, the trendy folks at AMA and elsewhere avoid the use of possessive forms.  For example, notice how I used the term Parkinson disease above and not Parkinson's disease?  It's better to use Down syndrome than Down's syndrome—and even better to use trisomy 21 syndrome.

Likewise, the possessive loop of Henle is out of favor but using Henle loop may still get you into most of the trendy clubs.

When you try to get away with using a possessive form of an eponym and yet still avoid arrest by the fashion police, you have to be very cunning.  Here's a common way that's done: use the adjective form of a proper name.  So if you want to honor Gabriele Falloppio's work in describing uterine tubes, then use his Latinized name (Fallopius) in the form of an adjective and call them Fallopian tubes.

But, you may say, that's not a very clever masking of the fact that it's an eponym. In fact, it's pretty obvious, right?  Well here's the sly part: cover it up by using a lowercase letter—thus obscuring the fact that it incorporates a proper noun. That's why many sources use fallopian tube instead of Fallopian tube.

Terms like eustachian tube and haversian canal may not seem like well-hidden eponyms in our context here, where we're actually focusing on eponyms. But most grand stage illusions—like Blackstone's making an elephant appear on stage from thin air—rely on such subtle misdirection.

So when you are using an adjective form of an eponym, it's best not to capitalize it and risk possible arrest by the fashion police.

Fashion rules are not really rules

With any fashion, the "rules" are not usually rules in the formal sense.  They are simple formulations of trends that, if heeded, will likely save you some embarrassment when you don't appear to be cool.  So if you have a good reason—or even a lame reason—to ignore these rules, I think you'll probably survive. People laugh (even hoot) at my disregard for current clothing fashion all the time—you get used to it.

As with any professional communication, sometimes fashion rules get set in stone in a required style to which you must adhere in your work.  Sort of like a dress code for words. For example, students learn how to use professional styles when we require that they submit their assignments in APA, Chicago, or CBE style. Likewise, in publishing journal articles, books, and other works, there are rules established that provide consistency—and, therefore, also accuracy.  Each publisher, sometimes each journal or textbook, has it's own house style that defines such things. So if your journal editor insists on Eustachian tube instead of auditory tube or eustachian tube, then I recommend doing it.  Retro, in some contexts, can be cool.

Adapted from The A&P Professor

Say It Out Loud 18 Times 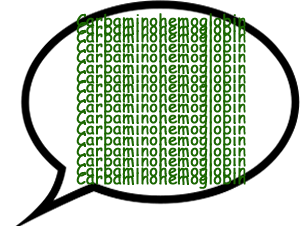 Want to learn your terminology quickly and easily?  In a recent post, I told you that one way to do that is to work on six new words every day.  My friend Jane, the foreign language professor, gave me another tip to help learn new terminology: say each new term out loud at least 18 times.

Apparently, there's evidence suggesting that to "own" a new word, you have to say it out loud at least 18 times.  The vocalization, along with the repetition, apparently help to reinforce memories in the various language areas in your brain.  Which means that you can recall and use the terms easily.

I know that seems silly . . . even childish.  But think about it.  Silly as it may seem, isn't it worth reducing your study time and improving your knowledge quickly?


Adapted from a post at The A&P Student
Posted by Kevin Patton at 12:00 PM 6 comments: