What Is an Eponym?

In professional terminology, an eponym is a term that is based upon a proper name.

eponym
EP-oh-nim
epo- upon, -nym name
For example, the term Parkinson disease is a term that includes the proper name of the physician James Parkinson, who is credited with first describing the condition in detail. Another example is the loop of Henle, which is a kidney tubule segment named after the German anatomist who discovered it—Friedrich Henle.

As these examples imply, eponyms are often based on the name of the discoverer of the condition, process, or structure represented by the term.

But sometimes, eponyms are instead based on the name of a patient with the condition represented.  For example, the Duffy blood group was named for the first patient in which this antigen was identified.  I guess that was before HIPAA and its strict restrictions on revealing patient names!

Similarly, Legionnaires disease was named after the participants in an American Legion convention where an early outbreak of the condition occurred.

The wonderful thing about eponyms is that they get us thinking about the history of medical science—who the important characters were and how discoveries were made.  But the downside of eponyms is that history and fascinating stories are not very useful in the moment we need to use them.

Because eponyms are terms that tend to obscure, rather than clarify, their practical meaning, they are falling out of favor.  Eponyms are giving way to descriptive terms that more clearly summarize their working definitions. For example, it is far more useful to call a brain region the motor speech area than the Broca area.  The former tells one both its location in the brain (the motor area of the cerebral cortex) and its function. The latter tells you who first described it—a brilliant guy with massive sideburns—which is interesting but not immediately useful.

In health professions, how accurately we communicate is important.  Why? Because even a subtle miscommunication can result in a tragic mistake in providing needed care to patients. So in the end, the shift away from eponyms and toward more descriptive terminology may actually save lives!

In an upcoming post, we'll explore eponyms a bit by focusing on the shift in preferences in eponym usage.  And, as we march on, I'll be telling some of the odd and interesting stories behind the eponyms.
Posted by Kevin Patton at 2:00 PM 1 comment: 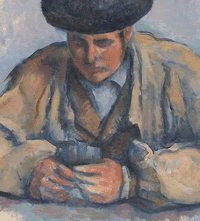 However, it need not be as big a struggle as you might first think.  There are some tricks and shortcuts . . . and I'm here to let you in on a few of those.

Today's tip comes from my friend Jane, who is a very talented professor of foreign language.  She told me that research as shown that most people can easily learn five to seven new words a day.  That is, if you work at it, you can add about six new words to your vocabulary each day without too much trouble.

That doesn't seem like a lot, but if you spend a few minutes a day you can easily pick up about 45 new terms a week.  That's over 700 new terms in a semester!

But of course, the trick is to put a little bit of effort into every single day.  Simply make yourself six or seven new flash cards, each with a new term, every day.  Review them for  just a few minutes, but do that several times throughout the day.

Don't forget to spend a few minutes reviewing your cards from the days before . . . you don't want to forget those new terms.

If you make this a habit, then you'll find that those few minutes a day can really make a huge difference in your mastery of the terminology you need.