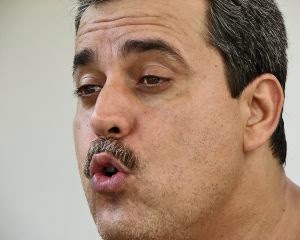 Posted by Kevin Patton at 1:00 PM No comments:

Using the language of the human skeleton can be intimidating for a number of reasons.  Not the least of which is that the names of the bones and bone features seem to be very odd—sometimes almost unpronounceable.

There's a reason the names are so odd.  They're based on a foreign language!  They're all based on Latin, with a lot of Greek word parts mixed in there. Once you realize that you're using a new language as you master the details of the human skeleton, it will hopefully be a  bit less intimidating.

It turns out that if you actually focus on the fact that these are terms from a foreign language and try to translate them, then using the terminology of skeletal anatomy is far easier—and takes far less time and effort to learn—than if you ignore the meanings of bone names.

To help you get started on this road, I've produced a couple of very brief videos that outline a proven method to quickly and easily learn the bones and bone features of the human skeleton.  Watch them both to get the greatest benefit.

In the videos, I mention a couple of lists of translations (and pronunciations) that will help you engage the method I'm recommending.  Links to those lists are found below.

List of bones and bone markings of the human skeleton

Kevin Patton
I've worked as an anatomy & physiology professor for several decades, having taught at high school, community college, and university levels. I write A&P textbooks and manuals. I am a President Emeritus of the Human Anatomy and Physiology Society (HAPS) and a founder of HAPS Institute, a continuing education program for A&P professors. I have several blogs, websites, & a podcast related to teaching and learning. And in my youth I was a wild animal trainer.